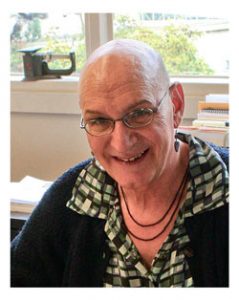 Ms. Bob has been a contributor to TGForum.com for many years. Collected here are all of her articles currently online.

In light of Ms. Bob Davis’s current effort to preserve trans history by turning her massive collection of trans photos, memorabilia and books into an archive that will be available to the public we present a re-run from April of 1998. It is a review of a rare book, a detective story with science fiction overtones that was published in 1907, and features moving the consciousness of a man into the body of a woman. It’s also a satire of the type of detectives stories written at that time.

In the early 1960s a magazine devoted to female impersonators called Female Mimics appeared. It featured photos of and stories about professional impersonators, coverage of drag balls, and photos of “amateur impersonators.” In this TGF Rerun Ms. Bob takes us back to those days.

In part three Ms. Bob covers the early 1970s and the changes the magazine, and the impersonation scene went through.

In Search of The Bigwood Twins

This TGF Rerun, which first appeared on TGForum back in the 1990s. Ms. Bob puts on her fedora hat and trenchcoat to follow the clues in the mystery of The Bigwood Twins. Little is known of this female impersonation duo from the 1920s. Ms. Bob stalks them through time and tries to shed light on this.

Ms. Bob’s exploration of how TGs were treated in the tabloid press between 1949 and 1977. This series, ran in the late 1990s on TGForum. In this first installment Ms. Bob covers the coverage of crossdressing in public in the tabloids and men’s magazines of the day.

Today we bring you Part Two of our TGF Rerun — Tabloids & Men’s Soft Core Mags. Ms Bob did extensive research into how TGs were presented in those magazines between 1949 and 1977. In Part Two she shows how TGs were linked to the commies.

This is the fourth installment of our TGF Rerun series examining how TGs were portrayed in cheap tabloids in past decades. Men were the target audience for these publications, and their yellowed yellow journalism tells us how we looked to some guys in the years between 1949 and 1977. This installment ran in TGF in 1998.

Examining how transgender folks were portrayed in cheap tabloids and men’s magazines. Men were the target audience for these publications, and their yellowed yellow journalism tells us how we looked to some guys in the years between 1949 and 1977.

Crosssdressers have always enjoyed having their pictures taken. Meet some of them who posed en femme for photos back in the 1920s and ’30s.