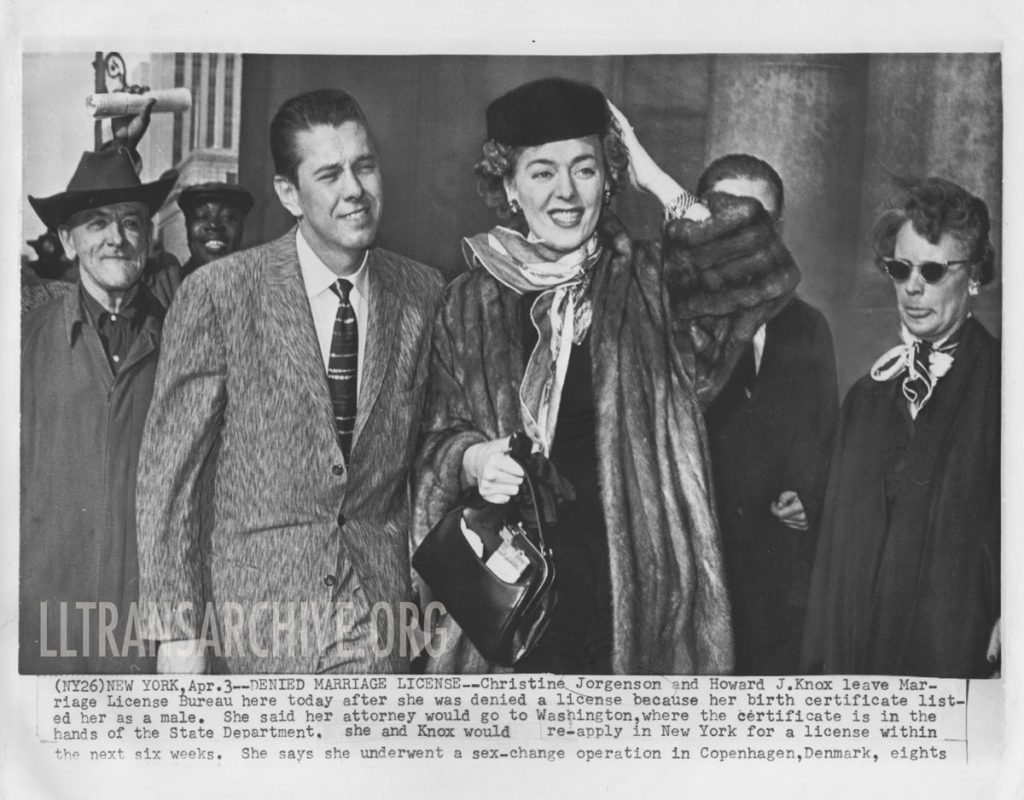 This Associated Press photo, taken in New York on April 3, 1959, is an example of the old adage, “The more things change, the more they stay the same.” The incomplete caption reads, “DENIED MARRIAGE LICENSE–Christine Jorgenson and Howard J. Knox leave Marriage License Bureau here today after she was denied a license because her birth certificate listed her as a male. She said her attorney would go to Washington, where the certificate is in the hands of the State Department. She and Knox would re-apply in New York for a license within the next six week. She says she underwent a sex-change operation in Copenhagen, Denmark, eigths”