Hit enter to search or ESC to close
FlyersTrans Activism 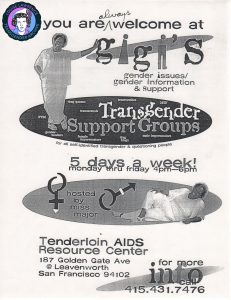 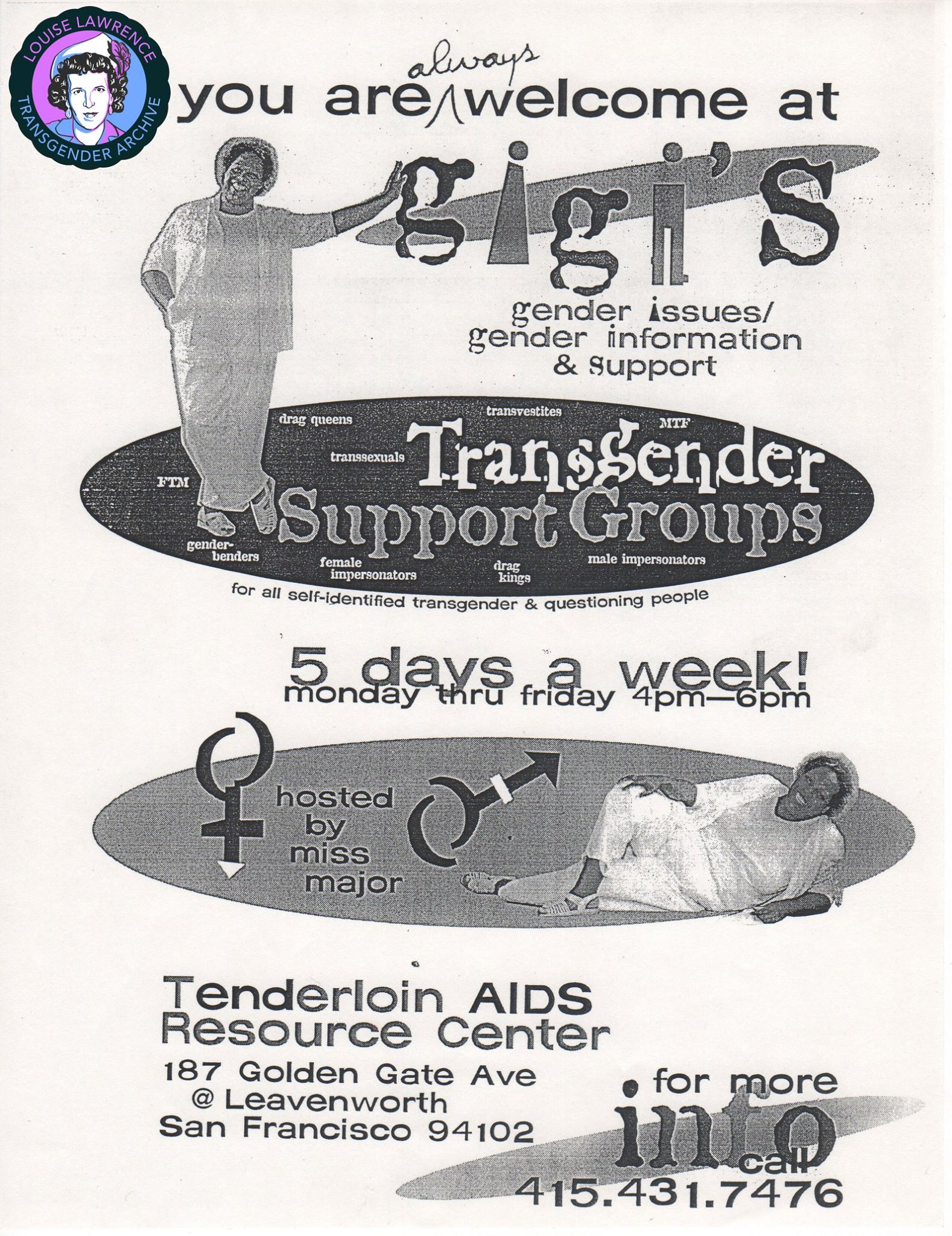 Gigi’s was an early 1990s transgender safe space operated by Tenderloin AIDS Resource Center (TARC), now Tenderloin Health. The manager was Stonewall survivor Miss Major Griffin-Gracy. The Tenderloin has a large transgender population and a history of support services for transgender people going back to the city sponsored Center for Special Problems in the 1970s. Miss Major has been fighting for the rights of trans women of color for over 40 years. Founder of the Transgender Intersex Justice Project (TGIJP or TGI Justice), she is the subject of the documentary Major! which was shown at over 60 film festivals around the world last year and garnered 19 awards for best documentary.