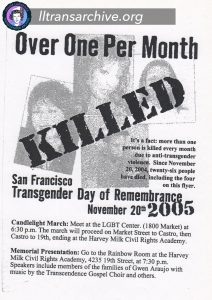 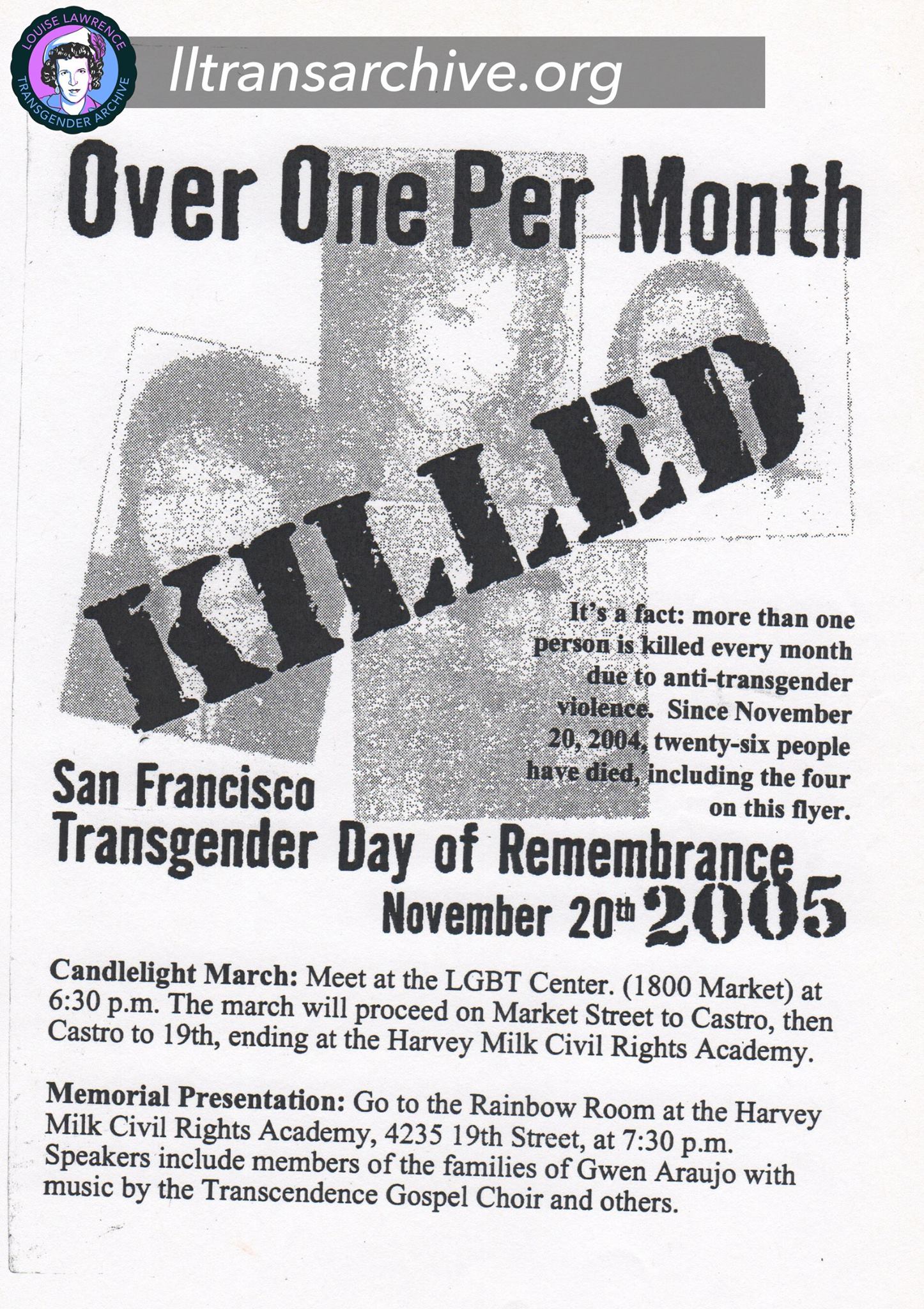 Transgender Day of Remembrance (TDOR) was founded by transgender journalist Gwendolyn Ann Smith. Prompted by the 1998 death of Rita Hester, “a handful of transgender people sought to highlight the need for awareness around anti-transgender violence, which refers to attacks against people who are perceived as transgender — regardless of how one may personally identify.” The event is now international, though first observance was in the Castro District of San Francisco in 1999. This flyer is for the 7th TDOR. In San Francisco TDOR is held on November 20, though the day varies from city to city.