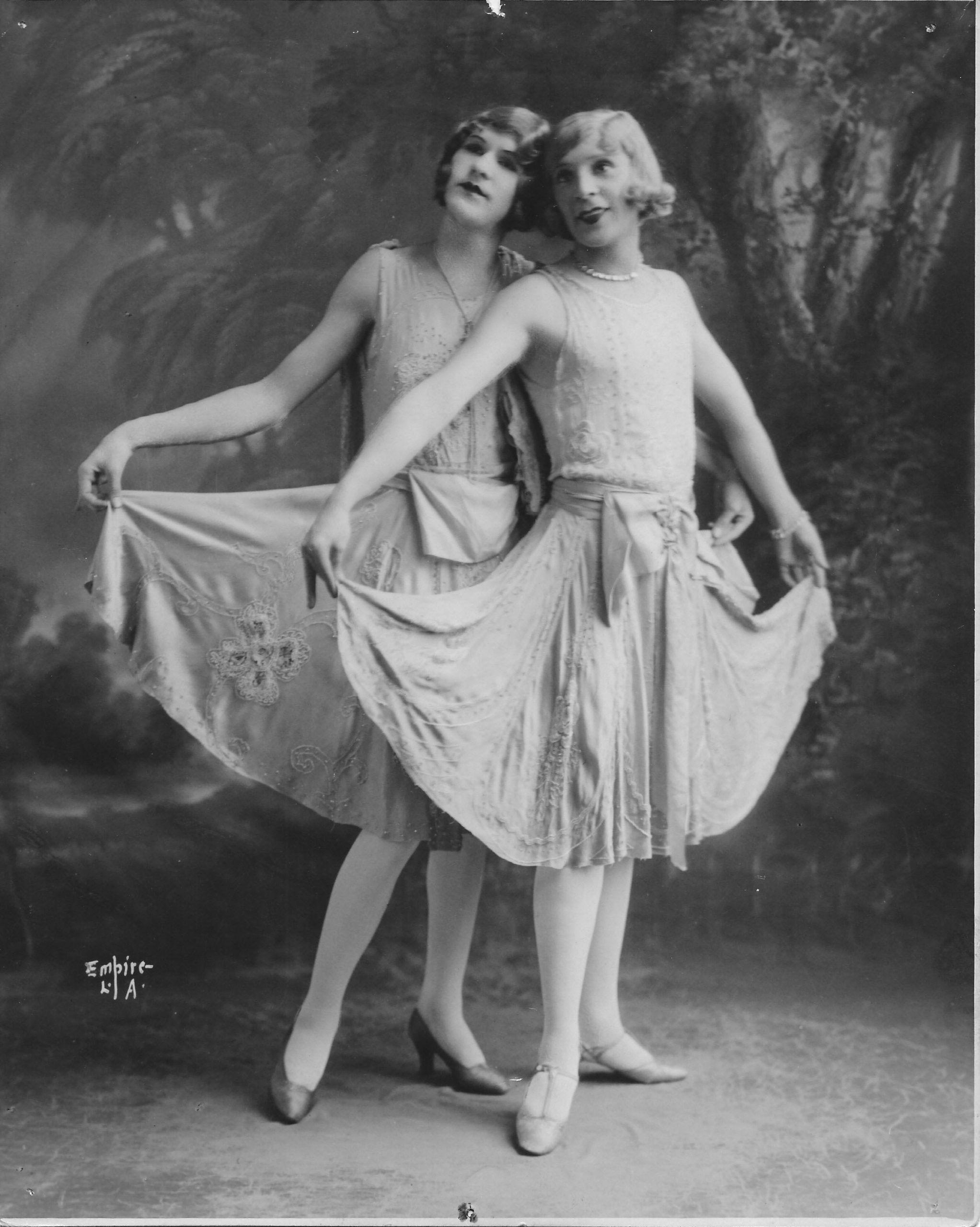 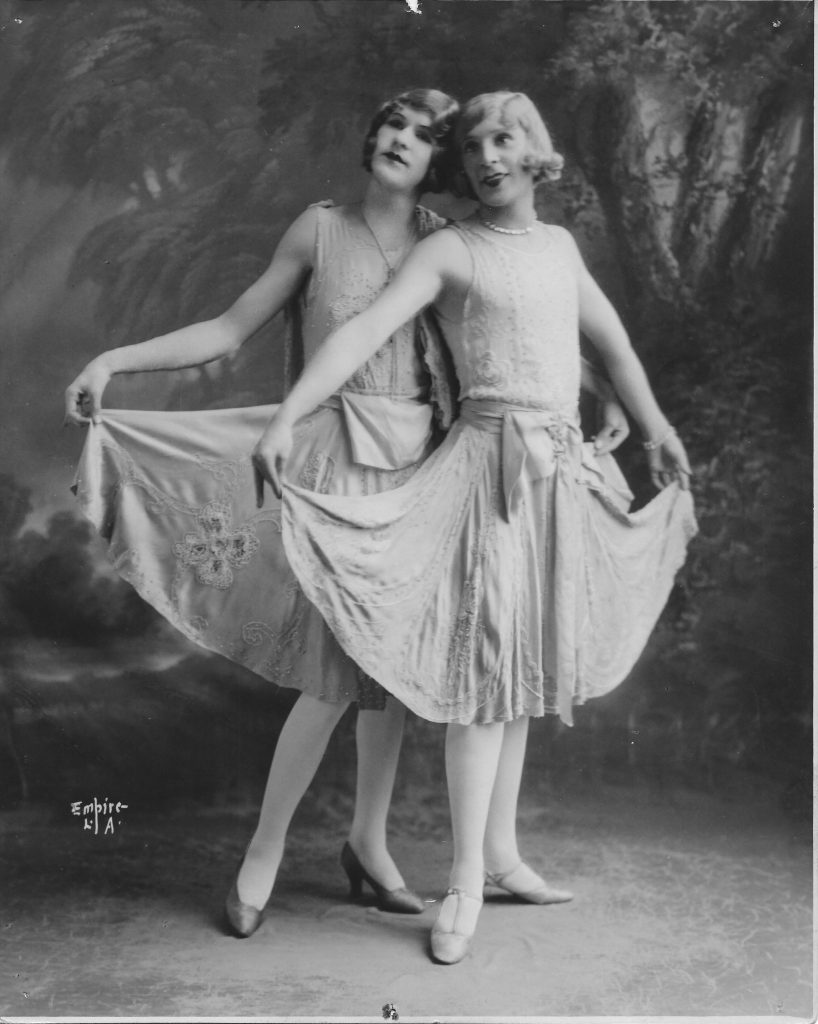 This lovely vaudeville duo is Hall & Barber, whose specialties were, “singing, dancing, comedy, piano” according to the handwritten pencil notes on the reverse of this 8″x10″ publicity shot.  The photo was taken by Empire of Los Angeles. We don’t know which is Hall and which is Barber, but Barber’s first name was Billy and she was new to the act when the photo was taken. There’s not much else to say, except that the flat-chested flapper look of the 1920’s was very kind to female impersonators.