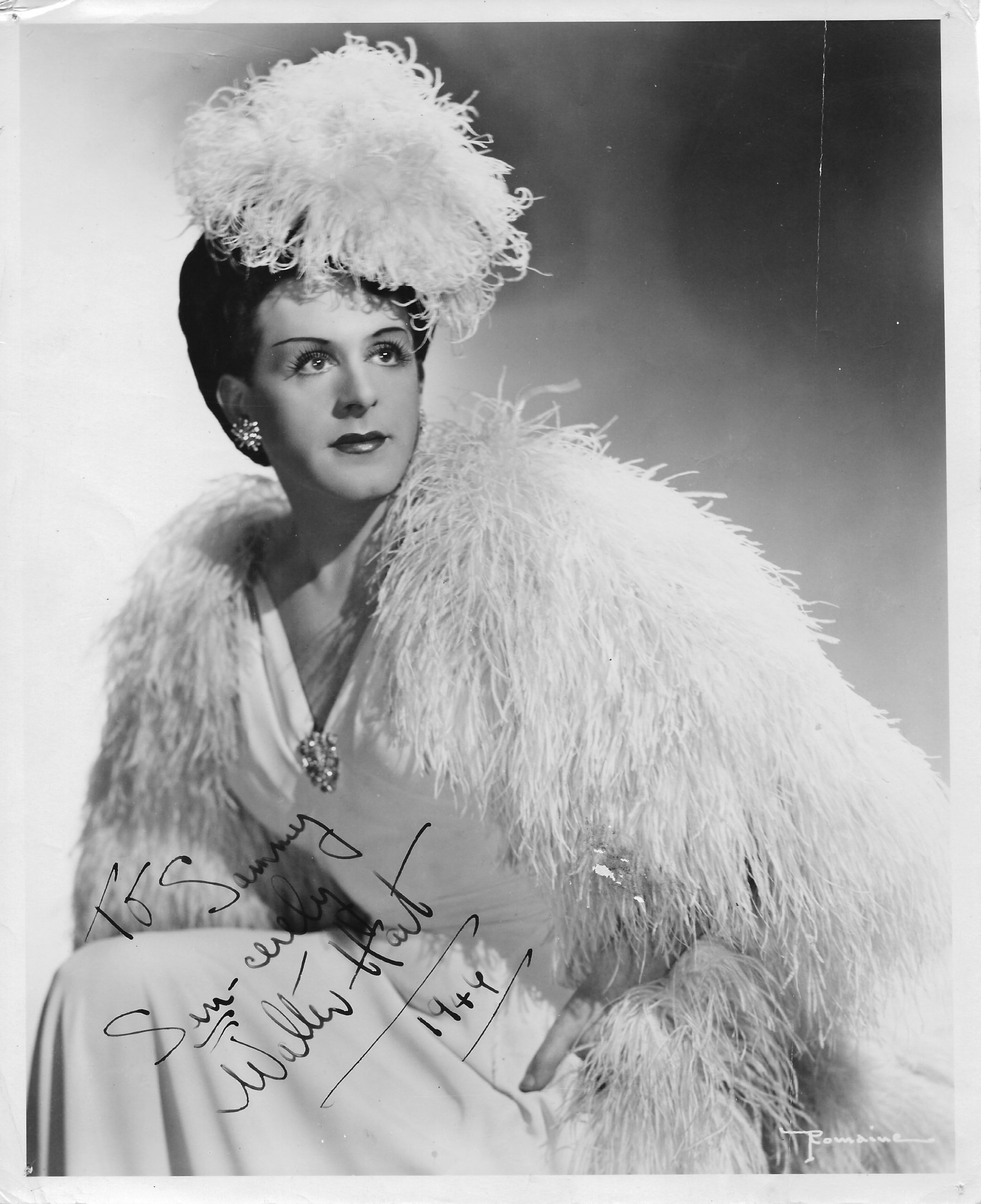 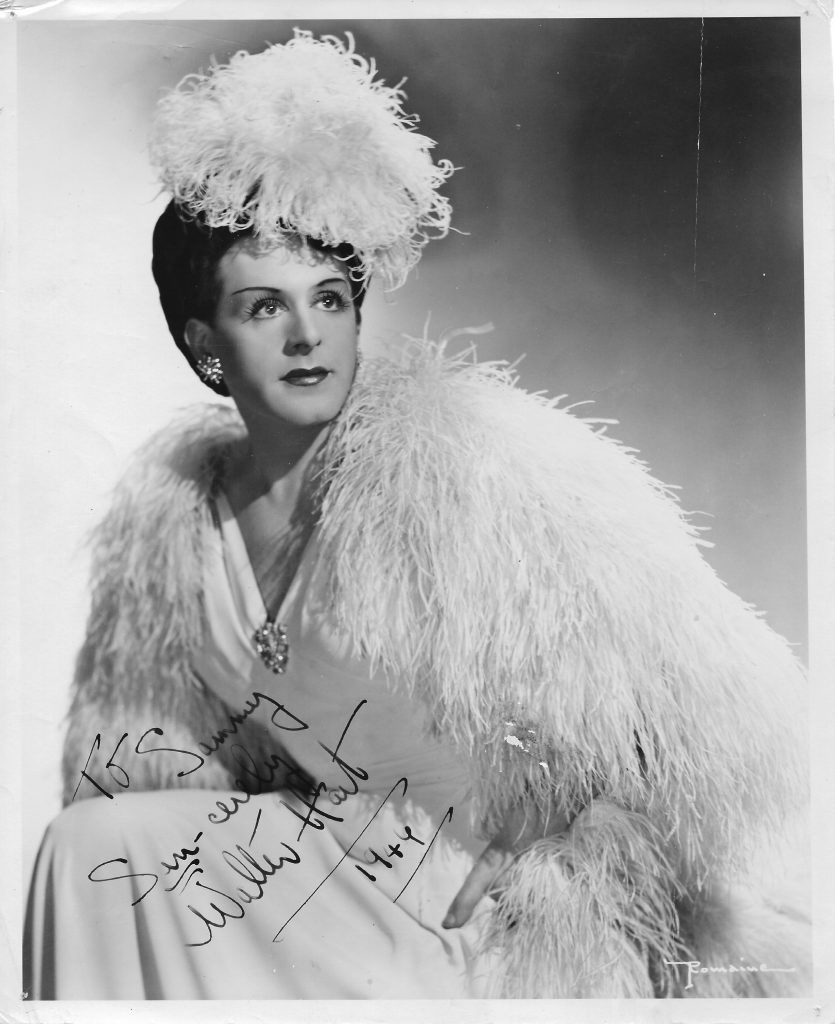 Walter Hart started performing at Finocchios’ in 1936, when the famous San Francisco club featuring female impersonators first opened.  An old Finocchios’ program says, “His mother was a star in England and Walter was almost born back stage.”  Walter’s fans included Sophie “Last of the Red Hot Mamas” Tucker, who gave him several of her gowns to perform in.  The autograph reads, “To Sammy, Sin-cerely Walter Hart – 1946.”  I wonder which sin Walter’s referring to?