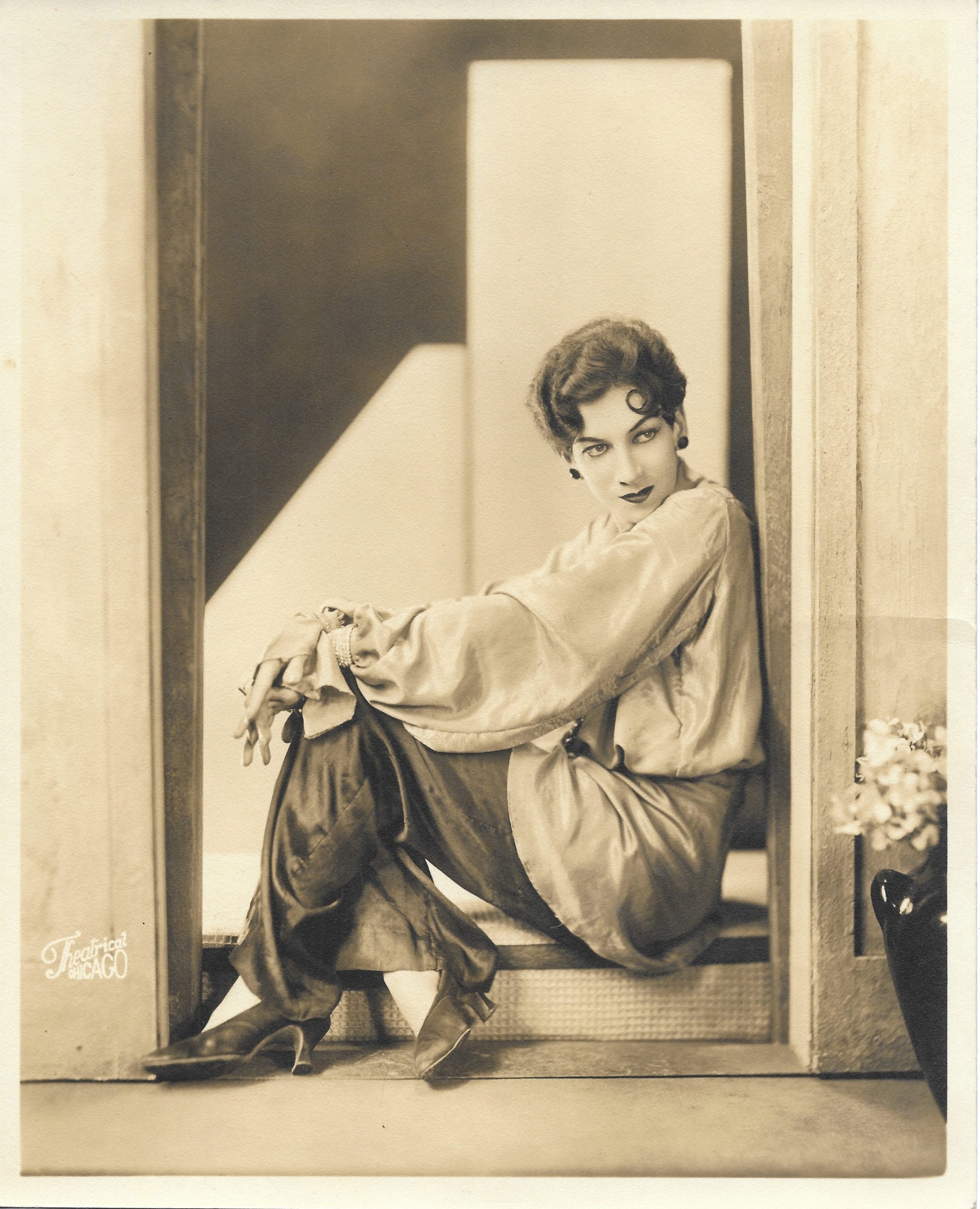 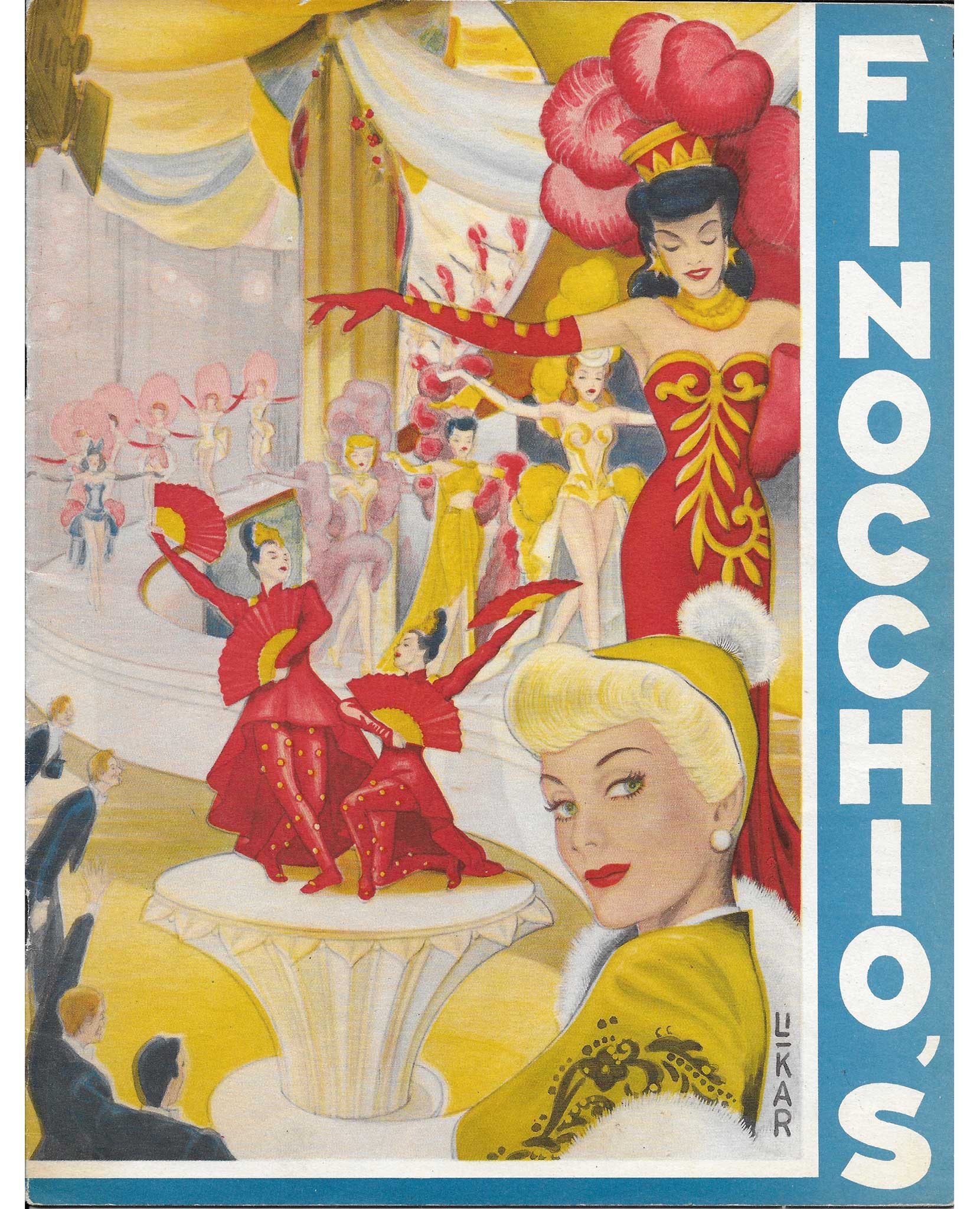 In the 1940s and 1950s Finocchio’s in San Francisco was packing the house with tourists and sold out shows.  Joseph and Marjorie Finocchio billed their club as “America’s most unusual night club,” and what made the club exotic was female impersonators.  Artist, dancer, and female impersonator Li-Kar (pronounced Lee-Car) was central to that success.

Li-Kar was the show’s art director, as well as a solo performer.  She designed costumes for the company and created the club’s souvenir programs.  Drawing on her training at Chicago’s Otis Art Institute and Los Angeles’ Chouinards Art Institute, now part of California Institute of the Arts, Li did the layout, drew the drawings, painted the cover art, and supplied some of the text for Finocchio’s souvenir programs.  One example of that text, possibly by Li-Kar, is this promotion of impersonation:

Another dimension of Li-Kar’s involvement was simply being Chinese, because one way Finocchio’s promoted the “unusual” was by booking performers of color.  The online site, A Gender Variance Who’s Who, lists a number of Finocchio’s minority female impersonators.

The club (Finocchio’s) always included ethnic impersonators. Li-Kar did a Geisha dance; Billy Herrero recreated Hedy Lamarr in the film Algiers, 1938;  in 1940 the club developed an Argentine feature; later Juan Jose did a flamenco dance; Reene de Carlo a hula dance; Bobby de Castro did a striptease in a gorilla costume (this was supposed to be Cuban).

Li-Kar was at the heart of Finocchio’s in its heyday, one of the people who, in her own words, made tourists, “…throng to Finocchio’s…decidedly a ‘must’ place on everyone’s list.”

The Louise Lawrence Transgender Archive is Back!

Make an appointment and Visit During

Vaccinated Individuals or Small Groups Only

Give Louise a nice present for her birthday.

All donations are tax deductible.