Hit enter to search or ESC to close
Feminine Presentation 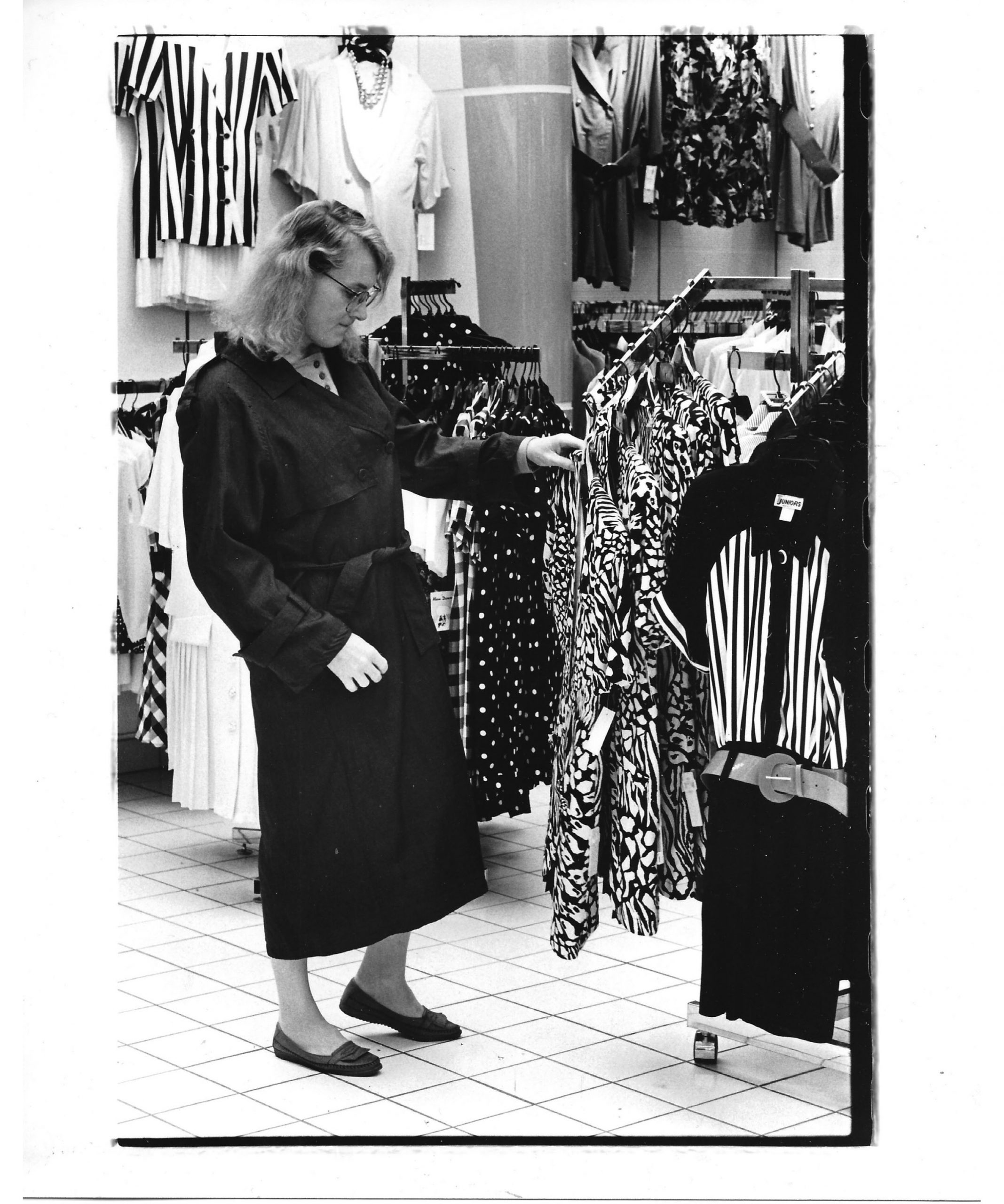 This photo is from Chicago Sun-Times, Sunday, May 24, 1992.  The reporter is Neil Steinberg; the photographer is Robert A. Davis, and the shopper is Mary Ann Foster, sometimes known as Patrick.  The article pasted on the back of the photo tells us that, “Except for the ponytail of fine blond hair, there is nothing about Patrick J. Foster that would seem to set him apart from the 25,000 other certified public accountants scattered across the Chicago area.”  But Mary Ann/Patrick has found the sweet spot, a  point of balance between male and female that allows her to live honestly, authentically.  As the reporter sees it, “…the vast majority of transvestites…can only dream about living the kind of open life that Foster does.”  As Mary Ann explains it:

“’I’m a very honest type of person,’ he (sic) says, explaining why, almost five years ago, he told his clients and friends that he is a transvestite.  ‘I’m in a practice where honesty is a treasured virtue.  I felt I could no longer put on a masculine role.’  Foster says that he did lose some clients by his admission, but that he gained more through his contacts in the cross-dressing community.”

I love how the trans community came to the aid of Mary Ann’s practice. As well as the contrast between the blouse she is admiring and the plainer outfit she wears to the mall. But there are two aspects of the article I do not love.  First is the tyranny of biology manifest in reporter’s insistence on male pronouns.  The other is a photo’s caption, which was probably written by an editor.  “Mary Ann checks out a possible buy on a new blouse at the mall, salespeople unknowing treat her like all other customers.”  And just how does the caption writer think she should be treated?