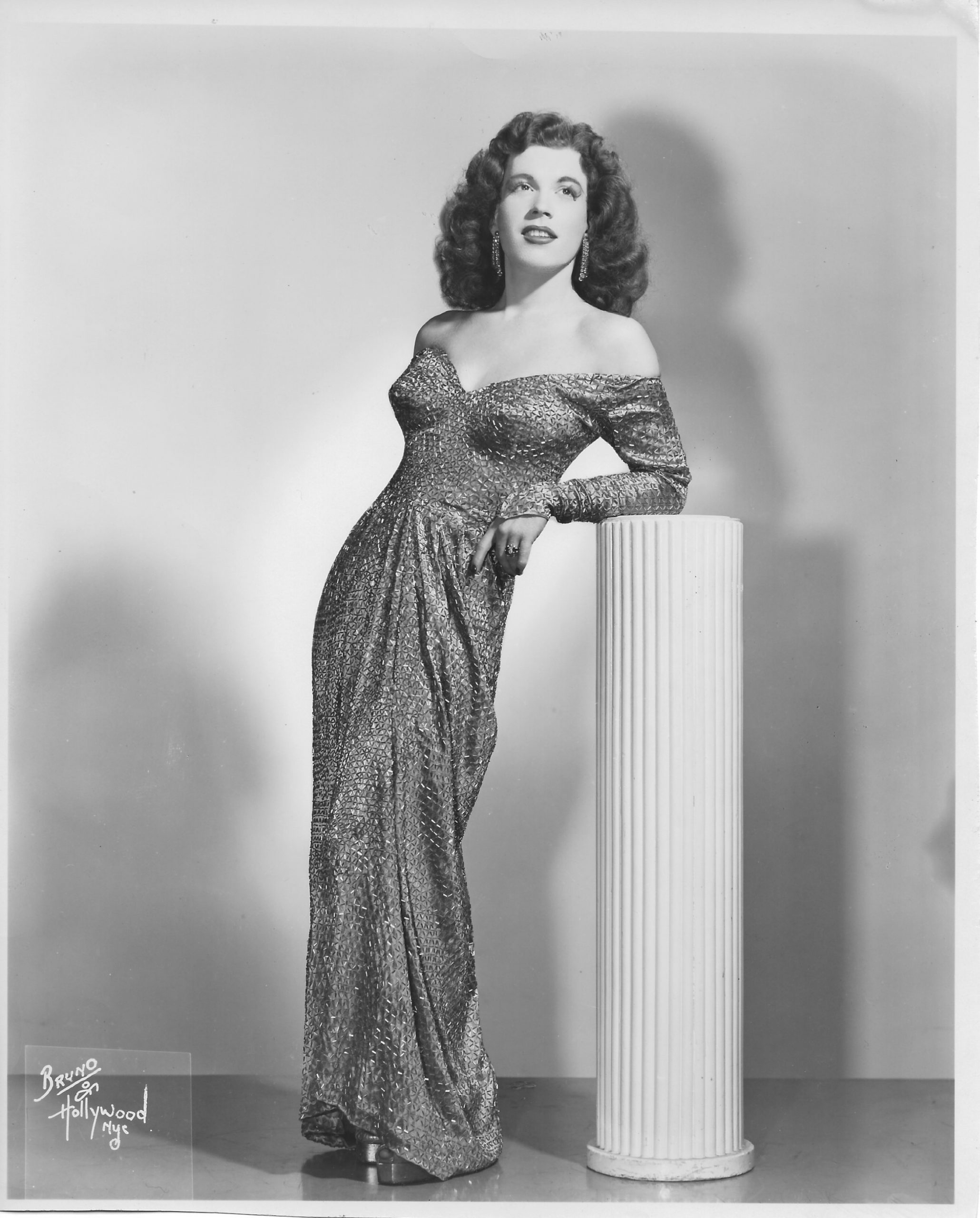 According to an old program from the touring female impersonators show the Jewel Box Revue, this is “Mr. Gayle Powers.”  The Jewel Box always added Mr. or Miss, based on the performer’s birth gender, to their programs.  However, the back of this photo has a whole set of names penciled in.  The writer was so uncertain that there is even a question mark, “Grant/Gail Payne/Powers?”  Did Grant perform as Gayle?  Did Gayle Powers transition and become Gail Payne?

Female impersonators often took stage names using a non-gender specific spelling of  woman’s name.  “Gayle” does it here, as did Karyl Norman in the 1920’s.  Jackie Maye does it in the same Jewel Box program.  Somehow Jackie with an “ie” seems so much fumier than Jacky with a “y.”  Isn’t it interesting the difference a few letters make?  If the simple change of “y” to “ie,” connotates a shift from male or female, gender is certainly a socially constructed concept.

Probably the most femininely named female impersonator was Laverne Cummings, who used his real middle name.  The beautiful Laverne, star of Finocchio’s and the Jewell Box was born Paul Laverne Cummings.