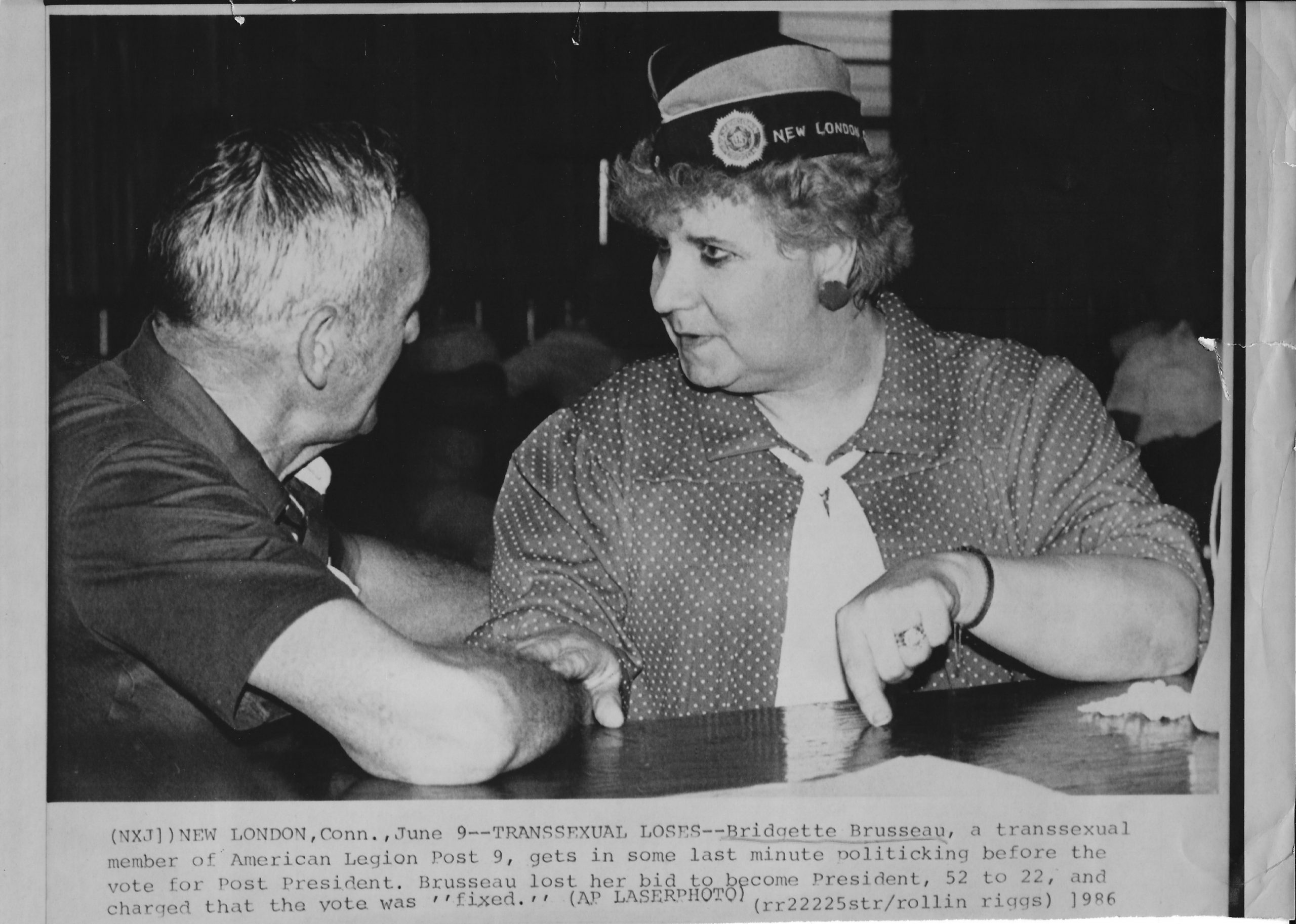 “A decorated Korean War veteran who had a sex-change operation 12 years ago was defeated today in an election to head an American Legion post here. The veteran, Bridgette Poi, 50 years old, who is the senior vice president of John Coleman Prince Post 9, lost by a vote of 23 to 13 to Joseph Ottaviano, the incumbent commander. A third candidate, John Cables, received 10 votes. Mrs. Poi said, ‘When the membership is 325, those numbers tell me nothing.’”

It is surprising how much coverage this small town election received.  The Associated Press sent a photo with caption announcing Bridgette’s candidacy over their wire service on May 21, 1985.  “Poi, a veteran of the Air Force, fought in the Korean War earning four medals.”  They also reported that “She grew up as a boy and after what she called years of ‘doubt and confusion,’ had a sex change operation in Mexico…”.

Bridgette ran the following year, too, and the AP ran another photo, the one reproduced here.  Though her last name is now Brusseau, comparing the two photos leaves no doubt that it is the same person.  The caption to this photo reads:

“NEW LONDON, Conn., June 9—TRANSSEXUAL LOSES—Bridgette Brusseau, a transsexual member of American Legion Post 9, gets in some last minute politicking before the vote for Post President.  Brusseau lost her bid to become President, 52 to 22, and charged that the vote was ‘fixed.’” (1986)

Though it is small comfort, she did receive nine more votes than the year before.