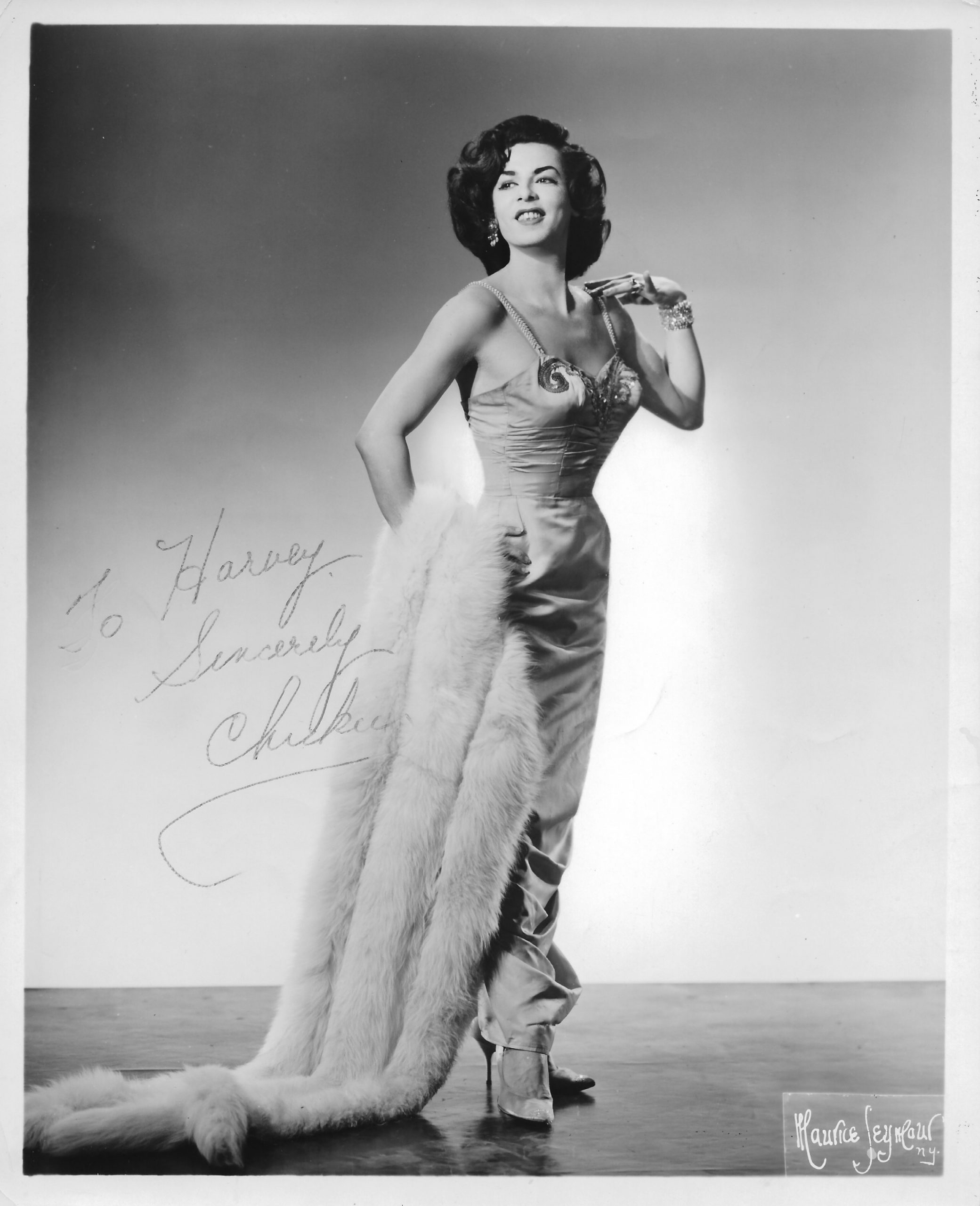 Little is known about Chicken, but I think she is a professional female impersonator.  Here she is working very hard to appear as feminine as possible.  Her outfit screams middle to late 1950’s: spike heels, furs, arched eyebrows and pointed brassiere.   Remember Jane Mansfield?  The combination of those heels and the tight skirt must have given Chicken a mincing little walk.  She flashes such a winning smile, as she delicately cocks her little finger, because that is what a lady would do.

Her photo was taken in a professional studio, Maurice Seymour in New York, against seamless paper.  Her magnificently feminine figure is the work of an air brush, not exercise and a rigorous diet.  (Thanks to queer historian Gerard Koskovich for pointing out the use of an air brush to create feminine curves on photographs of female impersonators.)

The photo is autographed to Harvey Lee (“To Harvey, Sincerely Chicken”), a professional female impersonator who collected hundreds of photographs and ephemera from other female impersonators.  His personal archive is at  University of Arkansas, catalogued as the Harvey Goodwin Collection.

Today “chicken” means someone quite young, a teenager or pre-teen.  An article called “Remembering the Thirties” from a 1973 issue of The Yellow Book, a New York gay magazine, says that in the 1930’s, “kids, as now, were ‘chicken.’”  So, “chicken” has meant the same thing for about 100 years.  Maybe longer.  Assuming Chicken knew the implications of the name she chose, how old do you think Chicken is?