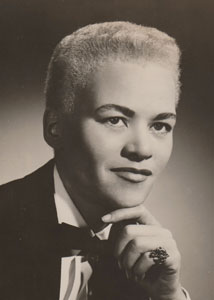 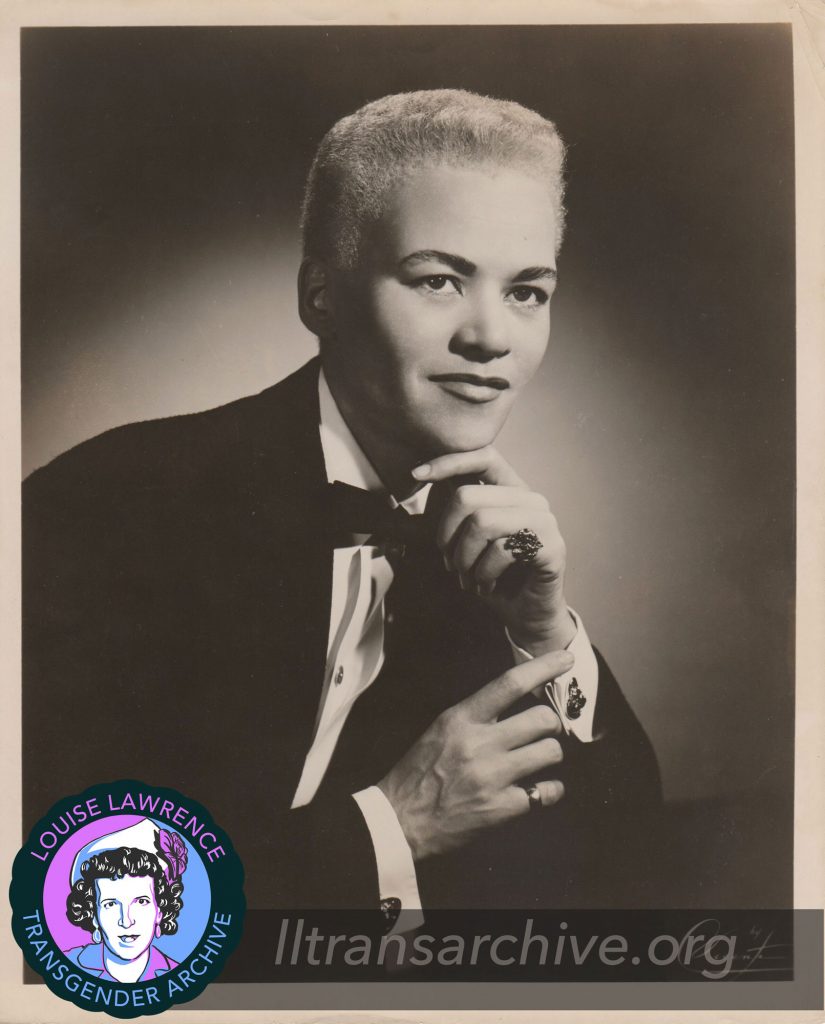 Storme DeLarverie was the emcee of the touring Jewel Box Revue and Club 82 in NYC. She was the only “man” on stage in both female impersonator shows. Known as the Lady Who Appears to Be a Gentlemen, Hilton Als described her in a recent New Yorker article as having “a slow walk-like a cowboy in the old movies, but black” and “a super firm handshake.” Grey Ryder, who performed as a chorus girl with Jewel Box in 1961, remembers her as being perhaps a bit too tough. “I toured from LA to Reno with her. I always got along with Storme. She could be difficult. She took being a butch dyke just a little bit too seriously.”