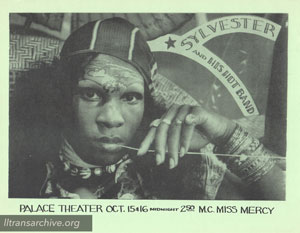 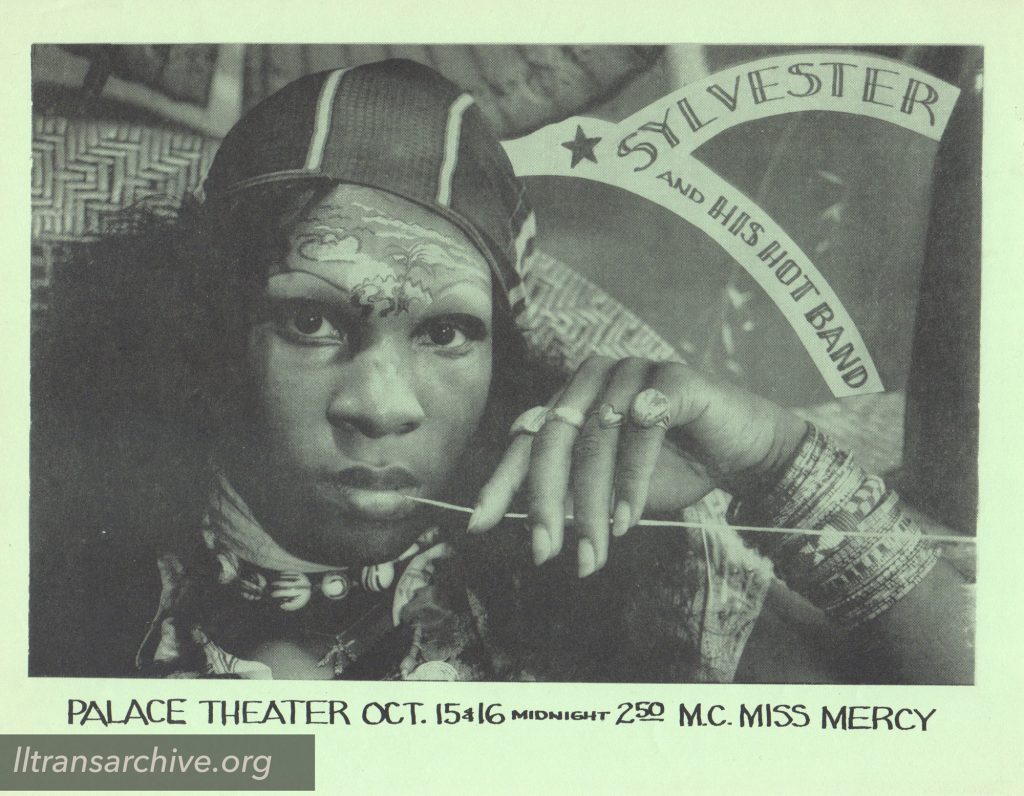 Sylvester left the Cockettes in 1972, but he wanted to keep their audience, This flyer is for a show at The Palace Theater, the Cockettes old venue, in San Francisco’s North Beach neighborhood. Sylvester, like David Bowie in this era, cultivated an androgynous appeal. Sylvester & His Hot Band, composed of all gay men, performed for about two years before Sylvester went solo. The Palace was torn down in 2013. When Miss Major Griffin-Gracy, founder of Transgender Intersex Justice Project (usually called TGIJP or TGI Justice), saw this flyer recently she cried, “Ooooo,look at the baby.”