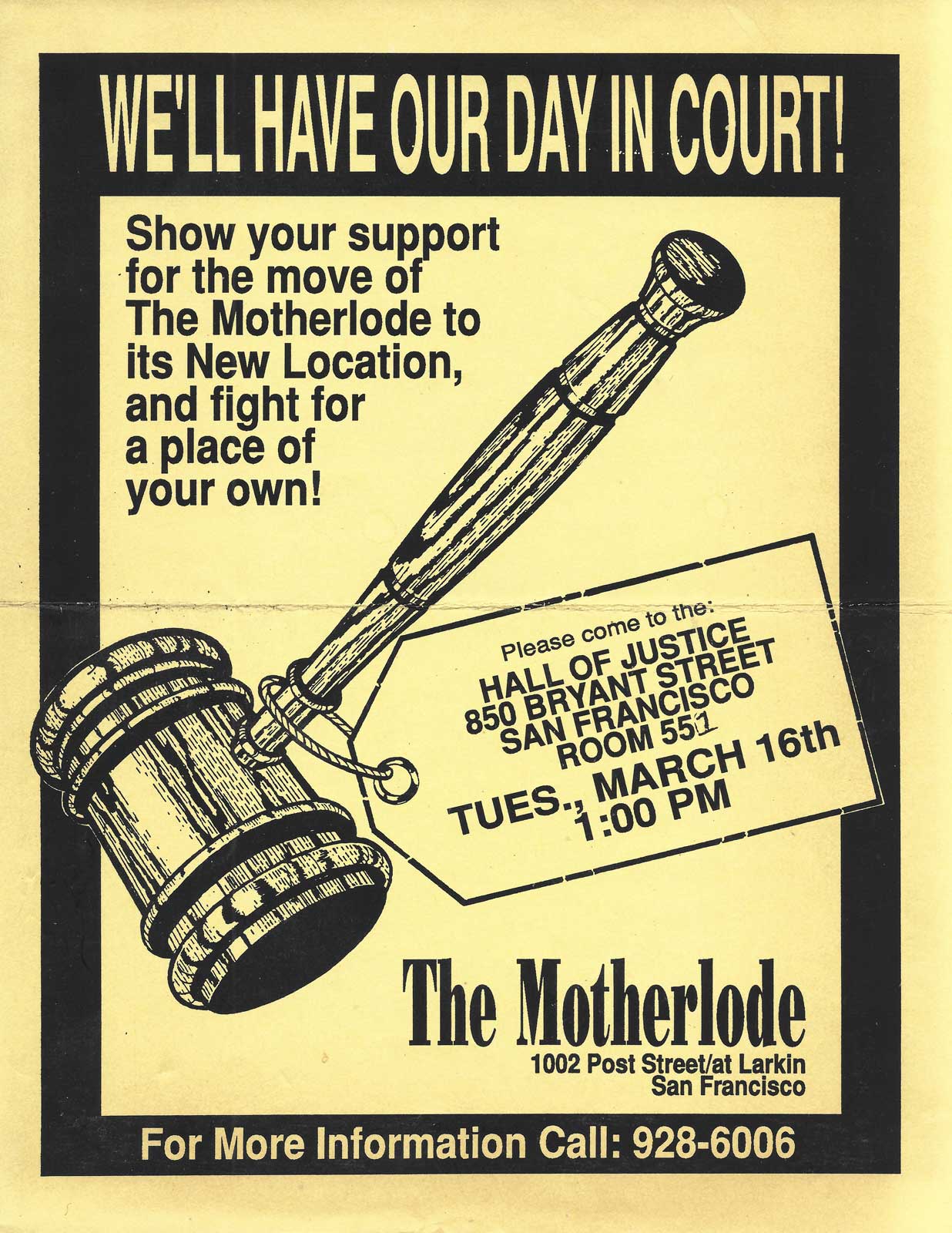 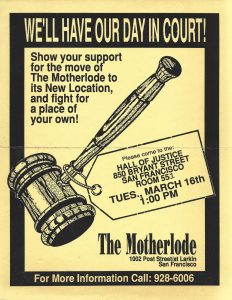 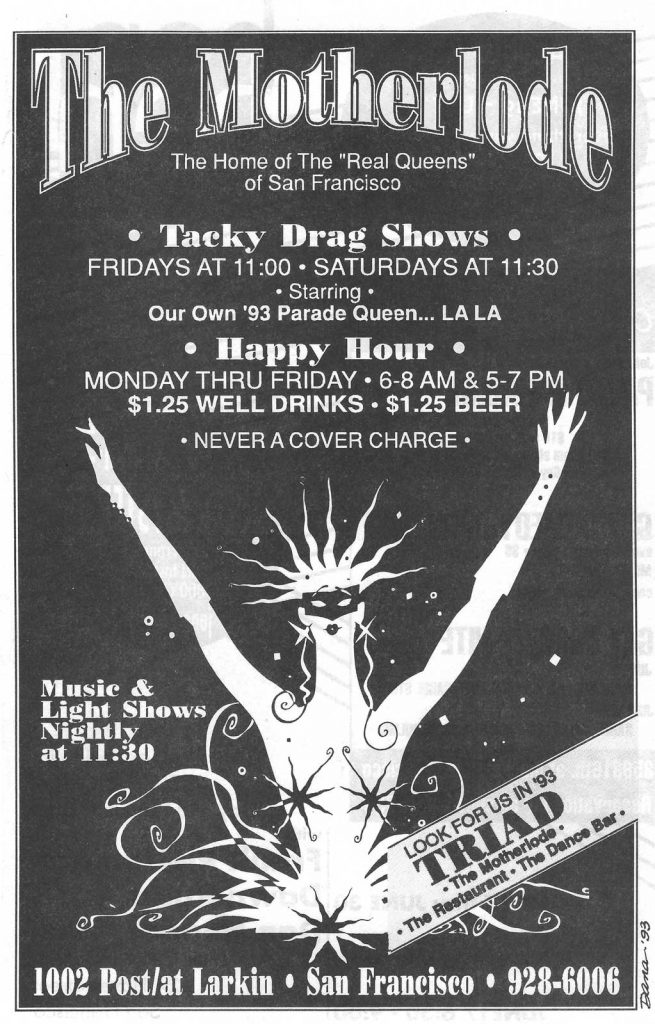 Sadly, Diva’s, San Francisco’s preeminent transwomen’s bar, closed in 2019, ending a 30-year dynasty that began with the Motherlode in 1989. The original owners were Joseph Jurkans and Mark Gilpin. “When these men bought the Motherlode, Gilpin let it be known that transgendered women were welcome there…One problem with the Motherlode, however, is that it is too small inside,” wrote transsexual author Christine Beatty. Diva’s with over 9,000 sq. ft. was the answer.

Even though the bar was moving less than a block from its original location at Post and Larkin, there was opposition from the Apostolic Faith Church and Polk Street District Merchants’ Association. When the Board of Supervisors unanimously approved the move, Mayor Frank Jordan vetoed their resolution, but on April 17, 1995 the board overrode the veto 10 to 1.

The Lexington Club, San Francisco’s last lesbian bar, closed in 2014. Without Diva’s no one is sure if there will be a transwomen’s bar in San Francisco. “We will find another place in the city. I’m working on it,” said Alexis Miranda, Diva’s manager for the past 31 years. Miranda, a former Empress, is seeking, “investors…willing to open a new bar that is diverse and non-judgmental.” Interested parties, please, message her through Facebook and hope the task is easier now than it was in the 90s.