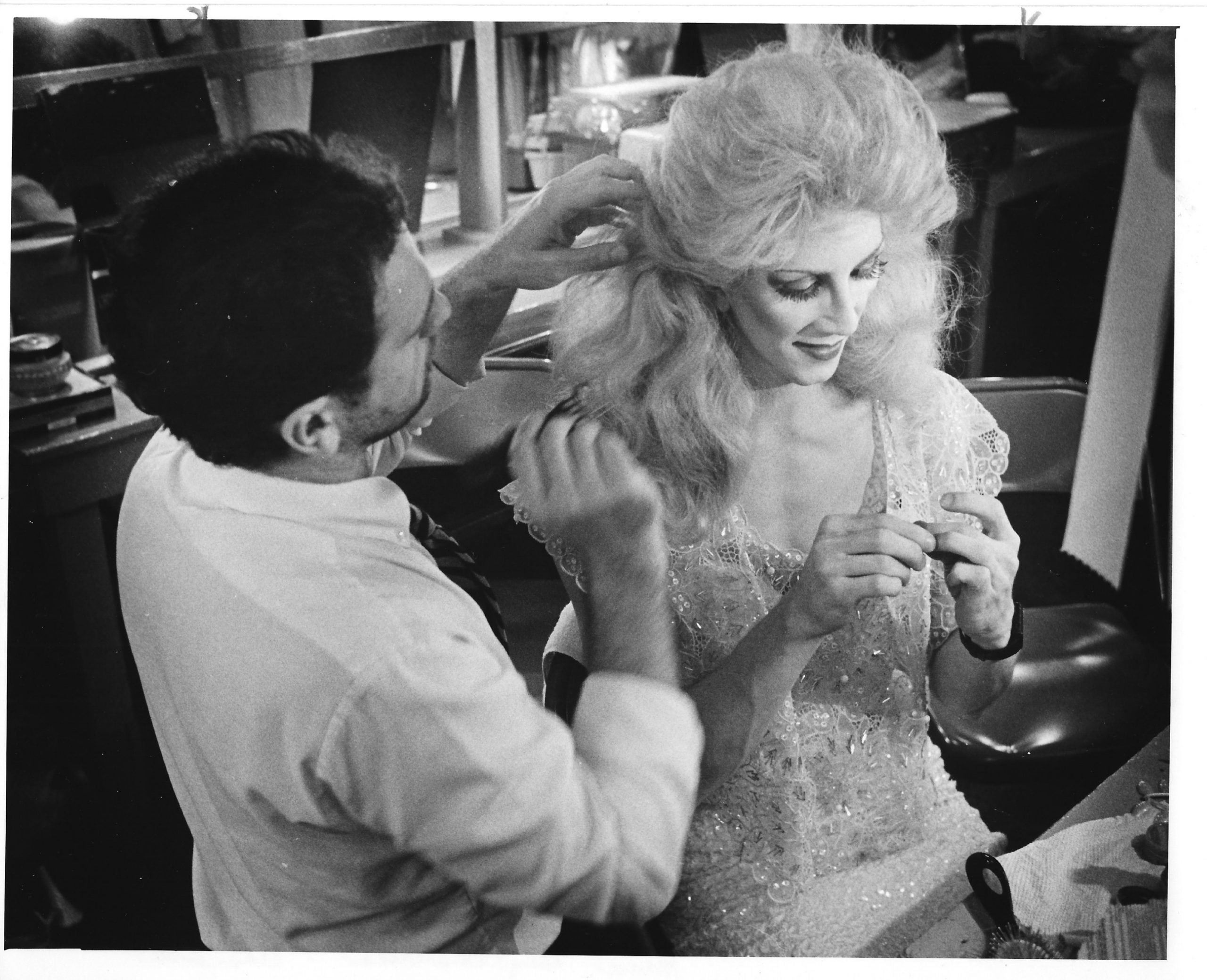 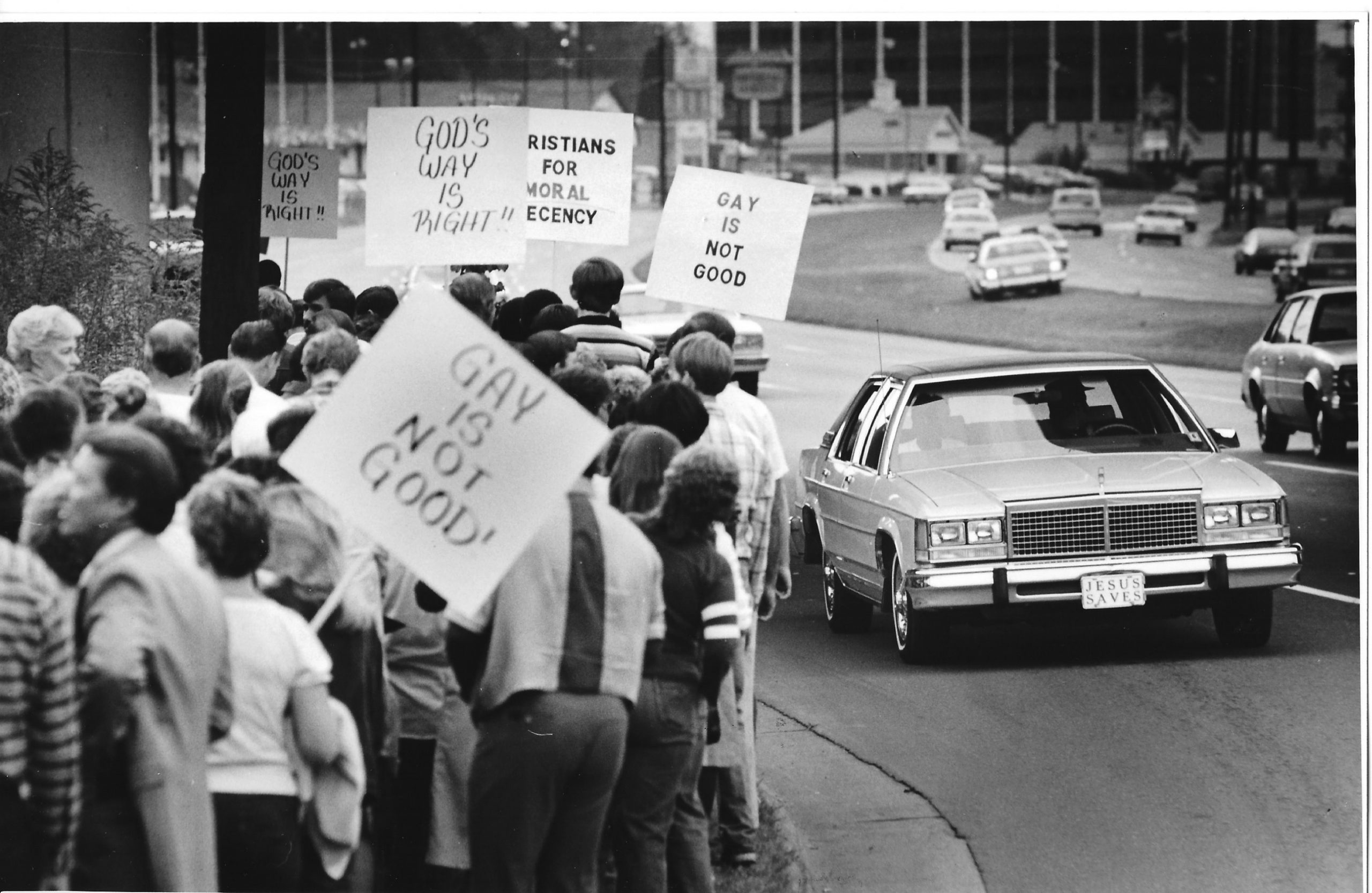 Here are two photos from North Carolina which, in the words of “The Charlotte Observer,” show us:

“DIFFERENT OPINIONS: While demonstrators outside the auditorium make known their reeling about homosexuality and the Miss Gay America pageant, contestants inside prepared for the evening’s competition.”

The caption to the backstage photo reads, “John Carlisle helps Patti Kakes of Chicago prepare for the Miss Gay America Contest Saturday.” The pageant was held on September 25, 1982.

The text typed on the back of the exterior shot explains how, “Church groups that showed up to picket and protest the Miss Gay America pagent (sic) held at Ovens Auditorium more along Independence Blvd. from the rally held at Eastway and Indenendence (sic).”

And eye shadow is the tool of the devil.