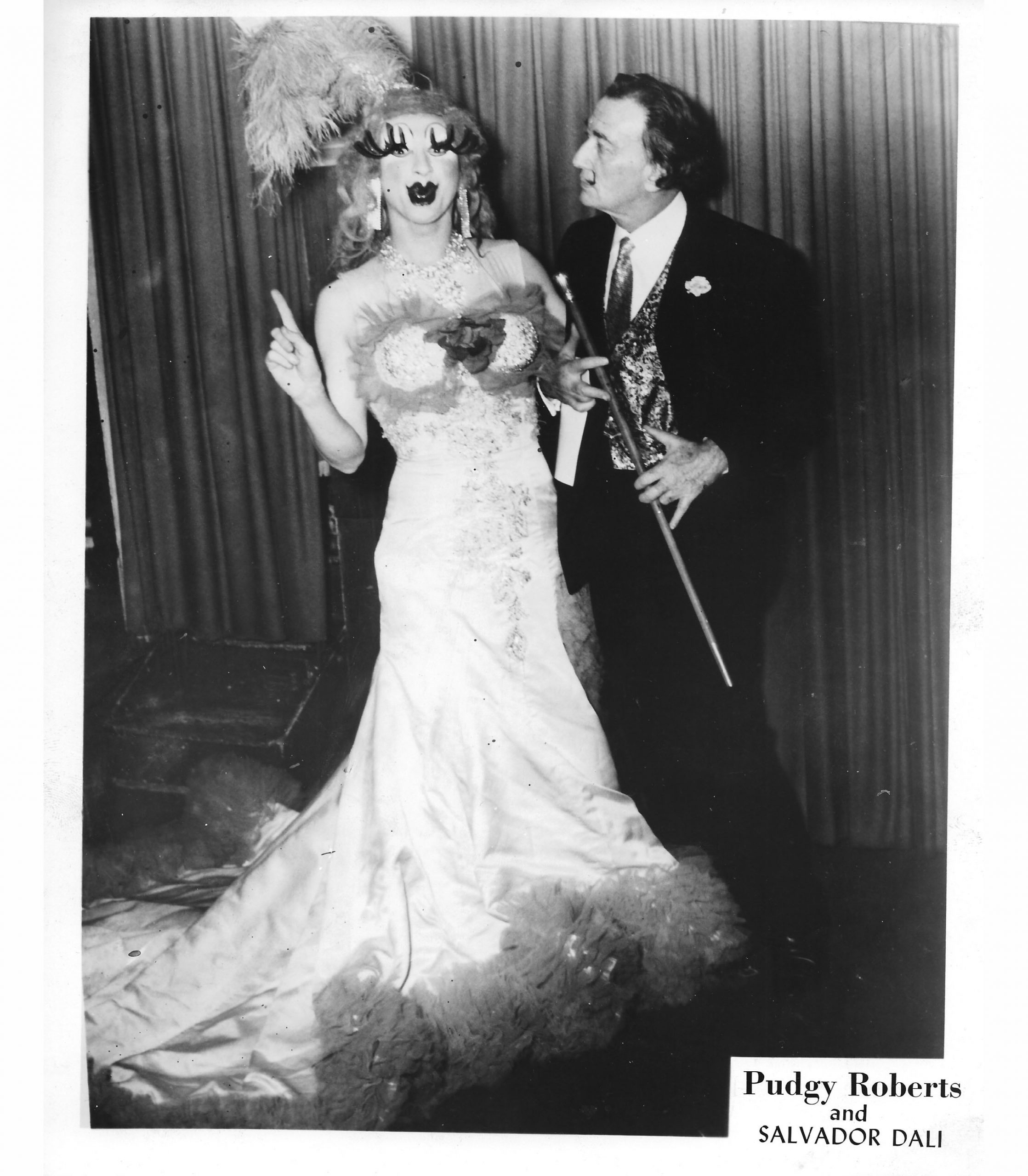 Here we have the sublime and the ridiculous, but which is which?  On the left with foot-long eyelashes is female impersonator and author Pudgy Roberts.  On the right is the internationally famous surrealist Salvador Dali, who was friends with female impersonators and transsexual women throughout his life.  There is also a photo of Dali with Puerto Rican impersonators Hilmar & Christian Dubois in Female Mimics, #11, Winter, 1968.  English transwoman April Ashley met Dali at le Carrousel in Paris when she was performing there.  Marcel Wuysmann, owner of le Carrousel, said that Dali escorted one of his former performers, “Amanda (Lear)…to parties so that Dali’s wife will not be jealous.”  Dali and Amanda remained friends for years.  She even wrote books about him, My Life with Dali and Persistence of Memory: A Personal Biography of Salvador Dali.  Dali appears in the documentary Split: William to Crysis: Portrait of a Drag Queen (1993) starring International Chrysis.  In this photograph Dali certainly seems to be gazing at Pudgy with intense interest.

But let’s give Pudgy the last word.  When Ms. Bob interviewed him in 1996 Pudgy said he met Dali while performing at the 82 Club in New York. “He was there with Shelley Winters and Tennessee Williams and I have a picture of them taken all together.”  Many stars came to the 82 once or twice, but not Dali.  “He went often to the 82 Club because he liked the bizarreness of men in female attire.  He came backstage and got to know people a little bit…Dali was a doll.  Great artist as well.”