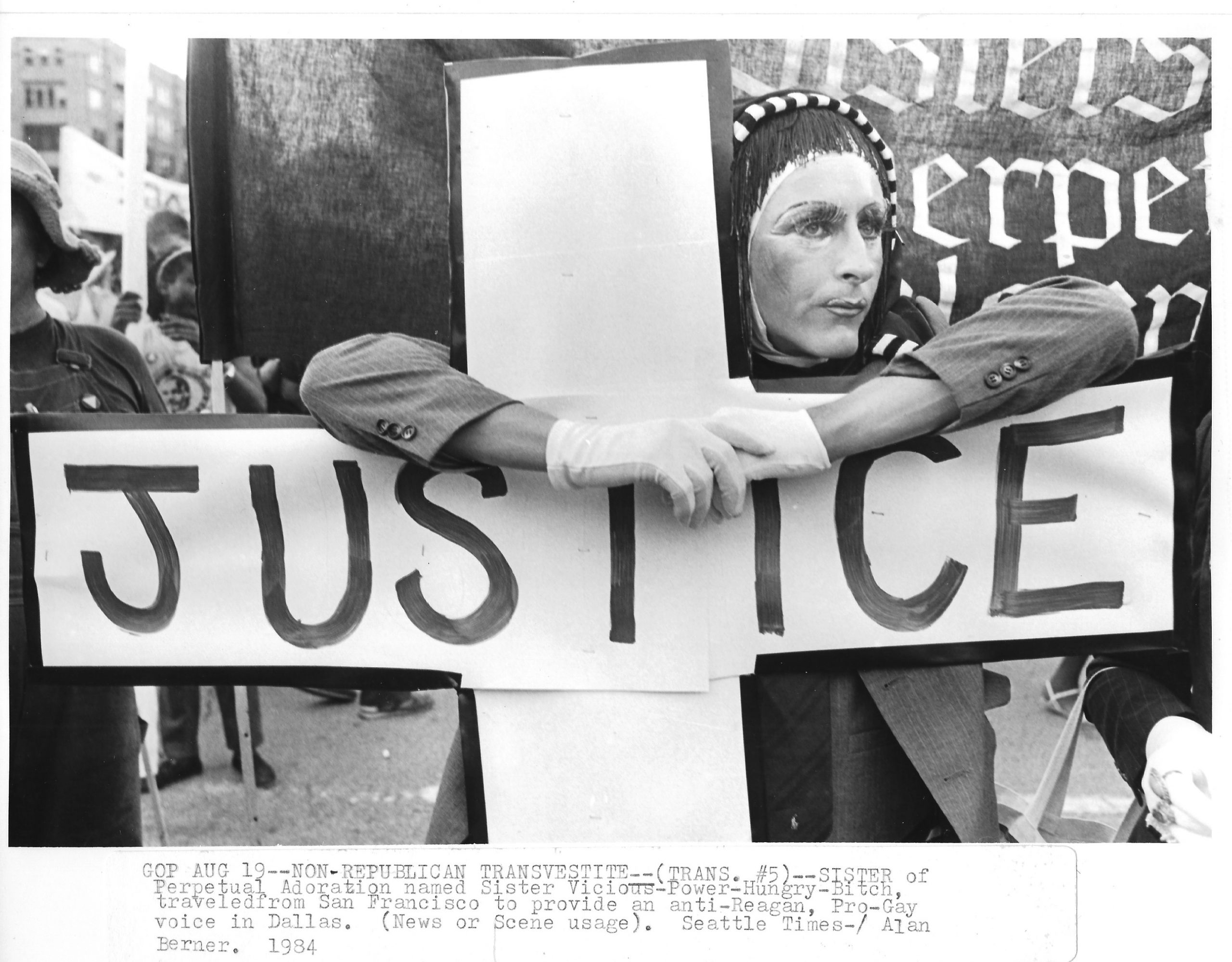 The Sisters of Perpetual Indulgence were founded in 1979 “to promulgate universal joy and expiate stigmatic guilt.”  In pursuit of this mission, they entered the fight against Socially Transmitted Diseases in 1982, when HIV/AIDS was still called “the gay cancer.”  They created Play Fair!, which their website describes as “the first safer sex pamphlet anywhere in the world to use plain, sex-positive language, practical advice, and humor,” to fight fear and prejudice.  In 1983 under the banner “Fighting for Our Lives,” The Sisters held the first AIDS Candlelight vigil.

In 1984 Sister Vicious Power Hungry Bitch, one of the founders of the order, traveled to Dallas for the Republican Convention, before President Ronald Reagan had even said the word, “AIDS.”  The convention nominated him for a second term, anyway.  He won the election and finally said AIDS for the first time publicly in September 1985 after the death of his friend and fellow-movie star Rock Hudson, four years after the crisis began.

This Seattle Times photo, by Alan Berner, has semi-accurate information in the caption: