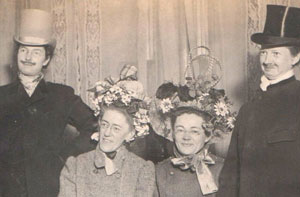 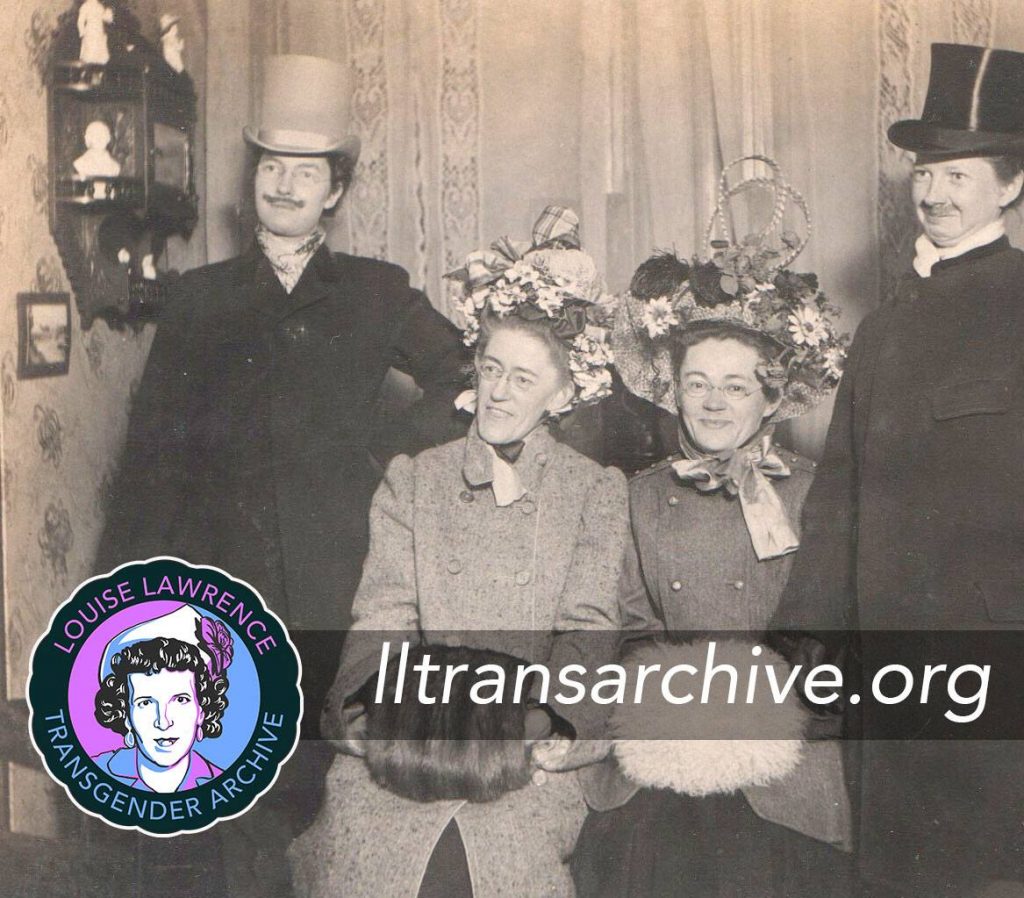 Here’s a photo where it seems that crossdressing doesn’t equal transgender. This photo is from an old album in the LLTA archive. Even though the dealer who sold it to the LLTA clearly removed some of the photos about 175 remain. 30 feature costumes and 16 of those cross-dressing, but there are so many other types of masquerade that it just doesn’t seem that expressing a transgressive gender identity is the point. A hundred years ago, when these photos were taken, home entertainment was very different. Some families played cards, some played music or board games like Parcheesi. This group played with costumes and perhaps improvised skits at home.