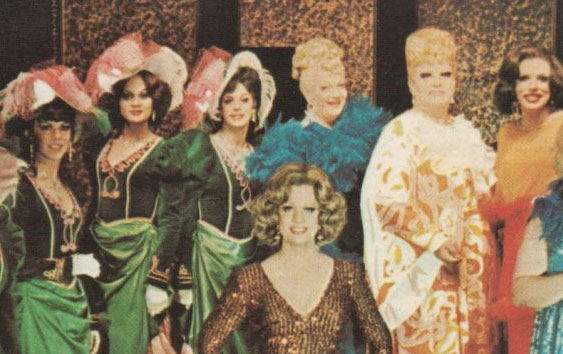 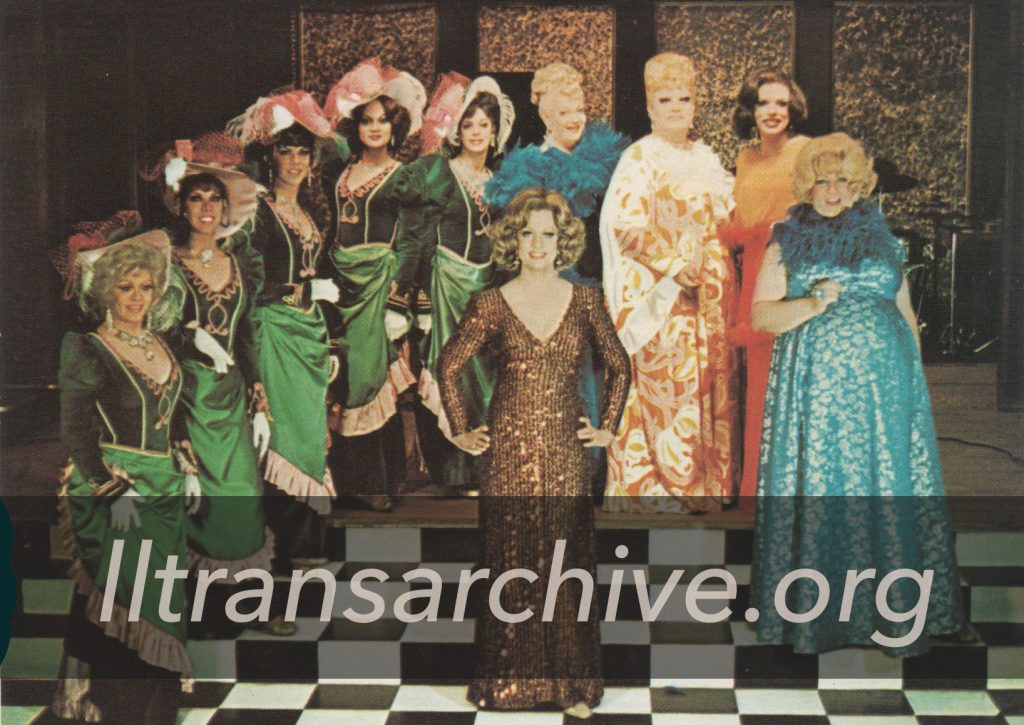 This is one of the many casts of Finocchio’s, San Francisco once-famous female impersonator showroom. “At the same location since 1936,” Finocchio’s hung up her tits and closed on November 27, 1999. Front and center is Lavern Cummings, who used his own middle name as his stage name. His first name is Paul. The chorus girls standing to the left are the Eve-ettes, named for Eve Finocchio, Joe, the owner’s, second wife. Eve produced the show for many years. Standing to right of the Eve-ettes is emcee Carroll Wallace, Val DeVere, David de Alba and Russell Reed. David de Alba’s online “Theatrical Site” documents his career and that of other professional female impersonators as well. You can visit him at http://www.david-de-alba.com/